With its tropical climate throughout the year, its lush vegetation, pristine white sandy beaches, and crystal clear blue sea, the Seychelles invite you to experience moments of pure happiness and joy. The Seychelles are considered among the most beautiful islands in the world and frequently referred to as the “jewel of the Indian Ocean” by discerning visitors. Our cruises aboard the schooner Galatea take you on a voyage of discovery to the most charming places of the archipelago, and from the most famous islands to the most secluded. Allow yourself to be amazed by the gorgeous white sandy beach of Anse Source d’Argent on La Digue, with its characteristic smooth granite rocks. Enjoy the timeless atmosphere in the forest of the Valle de Mai on Praslin with its endemic Coco de Mer palms, and discover the underwater wonderworld of rare beauty. Seychelles … a paradise above and below the sea, the result of stringent measures to protect the environment. What more could you desire for an unforgettable vacation aboard a beautiful schooner designed soley for your comfort and pleasure?

The average air temperature is 30 °C and the one of water an inviting 28 °C.

It is possible to dive all year round in Seychelles, but the interim periods of October / November and April / May are among the most pleasant.

From May to September with the trade winds of the South-East
Average air temperature is about 28 ° C
Windy season
Low moisture content in the air
Livelier seas, especially on the open sea
Average water temperature 25 ° C
Visibility reduced due to a large amount of plankton
Presence of whale sharks and manta rays

Surrounded by the Indian Ocean with a distance between 480km and 1600km from the east coast of Africa, the Seychelles archipelago consists of 115 granite and coral islands in an area that extends from between 4 and 10 degrees latitude south of the equator, and fall under two distinct groups:

These islands cluster mainly within the relatively shallow Seychelles plateau, 4° south of the equator. There are 43 Inner Islands in all, 41 granitic and 2 coralline.

With a backdrop of towering 1000m granite peaks, Mahé is the largest island of the Seychelles with 28 km long and 8 km wide (about 155 km²). The island is home to almost the 90% of the population (about 95 000 people). In its mist forests rare endemic plants are found such as the Jellyfish Tree, the carnivorous Seychelles Pitcher Plant and the Seychelles Vanilla Orchid.

Located 45 km north-east of the main island of Mahé, Praslin is the second largest island of the Seychelles with 10 km long and 3.7 km wide (about 37 km²). At its heart, the UNESCO World Heritage site, the “Vallée de Mai” where the legendary Coco de mer grows. Its beaches, Anse Lazio and Anse Georgette, are considered amongst the most beautiful beaches in the world.

Lying 30 km from Mahé, Silhouette is Seychelles’ third largest island (about 20 km²). Its mist forest on Mont Dauban (731 m) is home of many unique species of plants and trees. For its primitive beauty, Silhouette is classified as a national park since 2010.

Close neighbour to Praslin and to its satellite islands (Félicité, Marianne and the Sisters Islands), La Digue is the fourth largest island in Seychelles (about 10 km²). You can explore the island by ox-cart or by bicycle. La Digue’s forests also contain a wealth of flora in the form of delicate orchids, tumbling vines of vanilla, as well as trees such as Indian almond and takamaka. The beach of Anse Source d’Argent is famous for its fine white sand and its spectacular granite rocks.

Located about 55km from Mahé, is one the most distant of the granitic Inner Islands group. The island is home to no less than fifty species of birds, among which is the rare Seychelles magpie robin, and also hosts the world’s only population of the giant tenebrionid beetle as well as numerous giant tortoises.

Located north of its close neightbour Praslin, Curieuse (about 2 km²) is a natual reserve and a nesting site for hawksbill turtles. The island also boasts an endemic vine and eight different species of mangrove. As on Praslin, the coco-der-mer nut grows naturally.

Located 100 km north of Seychelles, Bird Island (about 0,7 km²) is situated at the northern edge of the archipelago where the ocean floor plummets to 2000 metres. The island hosts populations of lesser noddies and fairy terns as well as white-tailed tropic birds, fodies, plovers and wimbrels. Bird is also home of ‘Esmeralda’, the world’s heaviest giant land tortoise living in the wild, weighing in at over 300kg and reputed to be more than 200 years old. By the way, ‘Esmeralda’ is a male.

Located 95km north of Mahé, Denis Island (about 1,5 km²) is the most distant of the granitic Seychelles’ islands group. The island is home to a varied vegetation and populations of sea and land birds including frigates, white-tailed tropic birds, whimbrels, doves, wood pigeons, cardinals and mynahs.

These magnificent islands lie mainly beyond the plateau up to 10° south of the equator. Composed of 72 islands between low-lying coralline cays, atolls and reef islands.

But That’s Not All

Enriching this archipelago is the unique flora and fauna; The Seychelles have been able to protect their tropical forests where about 150 species of indigenous plants are in abundance. Today, about 46% of the territory is protected in natural reserves or UNESCO World Heritage Sites. Not must we forget the Creole culture, particularly due to the influence of Western, African and Indian cultures, that the observant traveler will be able to see, live and appreciate. A tourist’s paradise when looking for that exotic and favorite backdrop for a fashion shoot. A place where you can experience life in contact with the authentic “Creole Spirit”. The Seychelles are indeed the ideal destination for those who want to create a memorable vacation among beaches, nature and exotic cultures. For all this and much much more, the island of Praslin and the Aldabra Atoll, have been declared UNESCO – World Heritage Sites –

The Vallee de Mai Nature Reserve is a nature park and also a UNESCO World Heritage Site (inscribed in 1983) located on the island of Praslin in the Seychelles.

It consists of a well-preserved palm forest. Endemic flagship species that make up the island are the Coco de Mer, and five other types of palms. Also unique to the park is its wildlife, which includes birds such as the rare Seychelles Black Parrot, mammals, crustaceans, snails, and reptiles.

That General Gordon of Khartoum made public his belief that Praslin’s famous Vallée de Mai, home of the Coco-de-Mer was the original site of the Garden of Eden.

The Coco-de-Mer palm, grown only in Seychelles produces the largest seed in the world which weighs up to more than 15kg.
The palm leaves of the coco-de-mer can measure 6 meters in width and 14 meters in length.

Seychelles is home to some of the rarest endemic birds such as Seychelles bush warbler, paradise fly-catcher and the bare-legged scoops owl found only here. 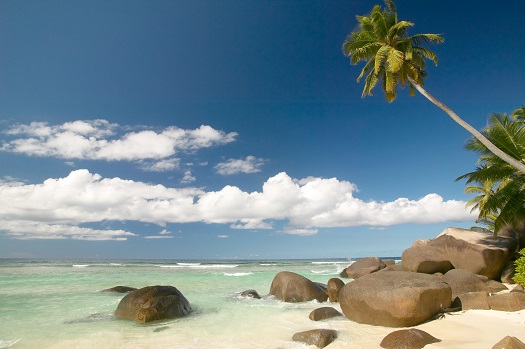 The Incredible Pristine Atoll Of Aldabra

With a typical fauna this group of islands have been included amongst the UNESCO World Heritage Sites.

Aldabra is the world’s second largest raised coral atoll in the world. A place almost untouched by man and a UNESCO World Heritage Site. It is so vast that the whole of Mahé could fit inside its lagoon.

Aldabra home to the only flightless bird in the Indian Ocean

Aldabra is home to the only flightless bird in the Indian Ocean, the White-Throated Rail, as well as 273 species of plants and ferns.

Aldabra has the largest population of Giant Tortoises in the world; 100,000 in total.

WELCOME
Do not forget to check our news & offers.